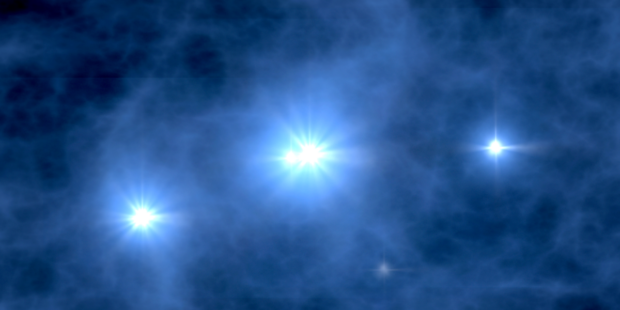 As touched upon in previous posts, stellar populations play a major role in the Voidpunk Universe. The Artifact Age, the Federation Age, and the Entrarchic Age all fall into Population I, while the exoentities, or gods, are native to Population II. So what’s up with Population III?

As I wrote before, Population III stars are cosmologically postulated but haven’t been observed yet. They were the first stars to form after primordial nucleosynthesis, part pregalactic, part during the earliest phase of galaxy formation, and they provided the first elements beyond hydrogen-1. However, according to some researchers, there might have been brown dwarves or black holes or both among these first stars that also provided the dark matter in galactic halos.

Obviously, Population III spacetime isn’t the most comfy place to hang out in. Thus, naturally, I’ve always imagined the presence of something terrible there, something even the Mythos gods have to fear! What that presence actually is, well, I don’t have plans for that yet. Luckily, though, I don’t have to at this point—it will only pop up as a plot device much later, several books down the road.