Stellar Populations in the Voidpunk Universe 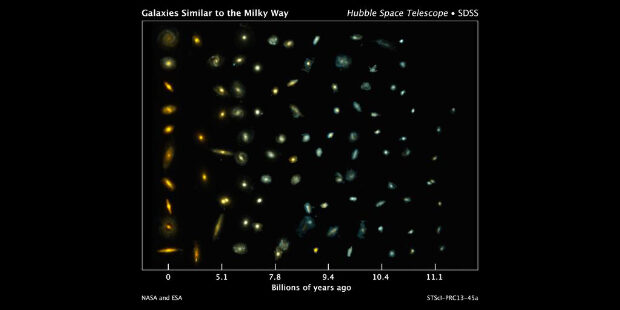 Stellar Populations in the Voidpunk Universe

In last week’s blog post, I mentioned that exoentities in my narrative Voidpunk Universe originate outside the stellar population known as Population I.

Stellar populations are things that actually exist. They are rough guides to the cosmic age a star system belongs to. As far as science can tell at this point in time, there are three stellar populations, Pop.III, II, and I, that are separated by two generations of supernovae. In the early universe, Pop.III, stars contained only the most basic chemical elements, namely hydrogen and helium, plus some traces of lithium and beryllium. Not a lot to make interesting stuff with! But the first generation of supernovae from these Pop.III stars produced a lot more elements already, among them carbon, oxygen, calcium, and iron, all of which coalesced into the next generation of stars. These new stars, Pop.II, are somewhat richer in elements but still missing many of the chemical building blocks necessary for life to evolve. Finally, the second generation of supernovae—produced by Pop.II stars—created all the known (naturally occurring) elements, from which life as we know it could be created up to and including bad takes on the internet.

If you look at the night sky, what you see are Pop.II and Pop.I stars, the former mostly in the bulge near the galactic center and around the galactic halo, the latter mostly in the galaxy’s spiral arms, like our own sun. If you can’t see any Pop.III stars, don’t worry! While cosmologically postulated, they have yet to be observed.

In my narrative Voidpunk Universe, humans live in Pop.I space, as we all do, and exoentities exist (the word “live” doesn’t quite fit here) in Pop.II space. Thus, and that’s again a topic for another day, when exoentities breach the barrier and cross over from their native Pop.II space into Pop.I space, they’re literally invading from the past.