The Picture in the House 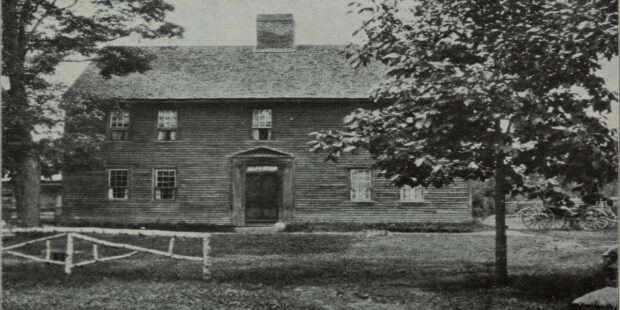 The Picture in the House

In his story “The Picture in the House,” Lovecraft uses the conventional motif of cannibalism, together with strong echoes of stories by Edgar Allan Poe, to establish his recurring motif of timeless time through unfathomable genealogies, archaic languages or dialects, and dreadful ancient books. Also, after his introduction of the city of Kingsport in “The Terrible Old Man,” written earlier the same year in 1920, he introduced in this story the fictitious locations Miskatonic Valley and Arkham. These and others became the landmarks for his personal version of New England, now called “Lovecraft Country,” that he created as the backdrop for his brand of horror.

The original publication of “The Picture in the House” is hard to track down. All bibliographical sources agree that the story was written in December 1920 and published in the Summer 1921 edition of The National Amateur, Vol.41 No.6, p.246–49. The National Amateur’s front cover, however, dates this issue to “July 1919,” which can’t possibly be the case. No aggregated archival data or digital copies of The National Amateur seem to exist, which makes it impossible to track down how this error came about. Yet, the story was apparently published in that issue, as these expired auction photographs attest.)