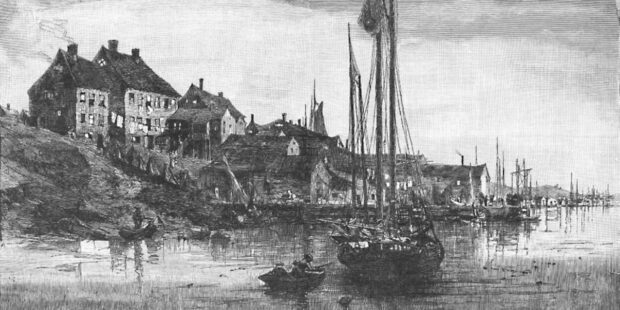 In the third chapter of my first (yet to be published) Voidpunk Universe novel, I used one well-recognizable plot point from H. P. Lovecraft’s “The Terrible Old Man.” This story was written on January 28, 1920; published in July 1921 in the amateur press publication The Tryout; and reprinted in August 1926 in Weird Tales without a reference on the cover or any page illustrations.

The story itself is pretty solid and delivers some good existential dread. It’s the first Lovecraft story set in New England, and the first story set in the fictitious town of Kingsport (apparently modeled after Marblehead, Massachusetts). It’s a very short short-story—you can read the original manuscript at the Brown U Digital Repository or the typed-up version at tor.com.

Now, as you can easily discern from the beginning of the third paragraph, the story is also unpalatably racist. It’s a marvel to me how some critics, as Lovecraft researcher S. T. Joshi put it, “tried to deny the racism seemingly evident in the tale.” Add to that the apparent glee with which the three immigrants are dispatched toward the end, and the “more benevolent” reappearance of the Old Man in Lovecrafts’s story “The Strange High House in the Mist.” Plus, of course, Lovecraft’s pronounced racism in several other stories, letters, and biographical details in general.

The way to deal with this, if you pick up motifs from the Lovecraft Circle, and particularly from Lovecraft’s own writings, is to reflect on these motifs and subvert them—this is how countless modern writers deal with it. In this case, for my third chapter, I did the rather trivial thing and turned the “Old Man” character into an unmistakably evil force and his victims into, well, victims. Usually, I try to be more subtle! But in this case, I wanted to preserve that particular flavor of existential dread that the story’s plot conveys.