The First Rule of Space Combat 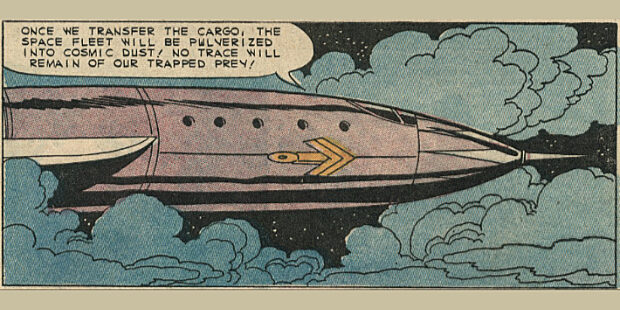 The First Rule of Space Combat

Even if it were only for the stories, it’s a lot healthier to have your rules nailed down instead of making everything up as you go along! Rules provide constraints that demand specific solutions that make your space battles more coherent, more plausible, and more interesting. But there’s another reason why I put my first Voidpunk novel on hold for two months last year: the Voidpunk pen-&-paper/tabletop role-playing game system I’m also working on. I needed the time to create a fairly detailed sketch of my space combat rules, the tactics and strategies to match these rules, and the spacecraft classes to match these tactics and strategies.

Not all role-playing games need extensive rule systems. But mine does, and these rules had better apply to what’s happening in my story universe! Players are a clever lot, particularly when it comes to weaseling their way out of some sticky situation or unpleasant development by way of hairsplitting on what happened in the “canon.” With that in mind, let’s dive into the first rule:

The first rule of space combat in the Voidpunk Universe is: There Are No Phases.

Instead, there’s only a flow of events that creates a narrative structure (emotional appeal) within which players enter into a contest with opponents and the environment (the right amount of challenge) that is both smooth enough to be enjoyable (compelling aesthetics) and granular enough to allow them to make a difference (meaningful choices).

If the terms in parentheses sound familiar, they’re the elements that populate the first floor—the “excite” floor—of the motivational model from my Ludotronics paradigm for video games.

Besides that, there’s another paradigm involved for player actions and decisions in strategic, tactical, and operational gameplay: the competitive, simulationist, and dramatic or narrative aspects of role-playing games, a paradigm developed in olden times along forum discussions at The Forge. Applied to my rule system, it works like this:

Here’s the rationale for ditching phases: phases tend to focus players on the simulationist aspects above all else (think Phoenix Command, as an extreme example). The trick is to design a flexible rule system that acts as a slider, to deal with everything the gameplay requires at any given moment on any given level.

Both paradigms—the motivational model and the different RPG styles—can be applied to any combat scenario, not just fleet encounters. But as space combat in the Voidpunk Universe is both very slow (moving and shooting) and very fast (when things go wrong), ditching phases also offers the opportunity for a more cinematically informed dramatic flow.

There are two more fundamental rules for space combat in the Voidpunk Universe, to be presented in later posts.