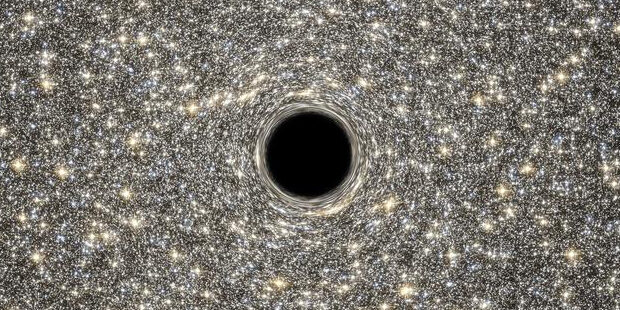 A lot of things in the Voidpunk Universe, including both interplanetary and interstellar travel, depend on the existence of ether. The name itself has nothing to do with the popular organic compound that puts people to sleep; it is based on the medieval concept of aether/ether (also called quintessence, the fifth element), which in turn was named after Aether/Ether in Greek mythology.

In the Voidpunk Universe, ether is the fifth fundamental interaction of nature. It exists alongside the four fundamental forces from our actual universe—the gravitational, electromagnetic, weak, and strong nuclear force.

Like the other four forces, ether provides a way for objects to exchange energy or to transform it from one state to another. You can define or describe forces from different perspectives, but let’s stick to general relativity here. There, this force originates from the curvature of a large extra dimension called the etherbrane, and what facilitates travel in the Voidpunk Universe is the interaction between the etherfield and the gravitational field in specific ways, to be touched upon in later posts.

Now, while the Voidpunk Universe’s etherspace and etherfield are certainly fictional, they’re inspired by actual models that involve branes and interactions with the gravitational field, i.e., Kaluza-Klein geometries in general and the Randall-Sundrum model in particular.

Could there exist something like ether in our actual universe?

Sadly, even if it existed, it wouldn’t work:

So no—ether isn’t out there in our universe, or it’s so weak that it wouldn’t be able to impact our life in interesting ways. Sorry about that!

But in the Voidpunk Universe, it’s a thing. For different modes of travel, and for thaumaturgy. So stay tuned!